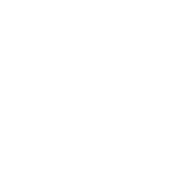 Brief history of the brand

The company was founded in 1938 in Covilla, Portugal. Initially there was tyres plant in Lousado but the official opening had been delayed due to shortages of materials. Hopefully, the building was finished after the War in 1946. This was the year when the first Mabor tyres left the plant. During the 1950s the company was the only manufacturer on the Portuguese market and it gained enormous success and revenues as a sole player. The total annual production of tires was estimated at one million. During the 1970s the company took another direction in its development. The Winter Jet model was released and the company broke through the Northern European market. In 1990 Mabor was taken over by the German giants of Continental Tyres Corporation. All aspects of the activity underwent a massive modernisation in a German model. As a result, in 1993 the company released four new tires with improved technology and design. The major plant of the firm underwent an expansion in 1994 as the major goals was to reach a production of 20 000 tyres a day for all subsidiaries of Continental Group. In 1996, the brand celebrated 50 years since the establishment of the first manufactory. In 1999, Mabor signed a deal with Volkswagen for an exclusive partnership and cooperation. The tyres of the brand were already available on the German market.

In 2008, the brand released the popular model for sports cars Sport Jet 2. Winter Jet 2 and Street Jet 2 followed the massive expansion of the product portfolio.

In 2015 Mabor has changed its strategy in production and paid special attention to the significant enhancement in performance as they aim to better the handling, lower the noise and rolling resistance. The latter could be stated as the new vision and approach of the brand.

The latest technologies applied in the production process are a guarantee for driving satisfaction combined with Portuguese passion. The company offers a great variety of models to satisfy all demands, especially in snow and ice conditions.

The name of the company comes from Maria Fernandes Borges. She is the wife of the Francisco Borges, the man who financed the building of the first plant. Mabor tyres is not for everyone. It is for customers who appreciate the delight of driving with passion, both their life and cars.

Which are the best-bought models

The Portuguese manufacturer offers plenty of models in different segments, categories and prices range. You can find all of them in the online shop of Sowdentyres. Check out our review and rating section to get more detailed information about the model you like. However, we should pay special attention to the best-bought models: